Coronavirus Response Update
All classes will be remote for the remainder of the spring semester. On-campus events canceled through May 10. School facilities at 250 Joralemon St. and 111 Livingston St. closed until further notice. Read more.
Explore
Search
Follow Us
BROOKLYN LAW NOTES
Fall 2019

Institutional Integrity and the Roberts Court

Will the Judicial Get Political?

Centrists and progressives pinned their hopes for ideological balance on Chief Justice John Roberts’ desire to preserve the Court’s image as an apolitical institution. But explicit calls for the Court to consider institutional integrity are themselves contributing to its increased politicization.

This time last year, the American public waited anxiously to see if Brett Kavanaugh would become the newest U.S. Supreme Court justice. The confirmation was an important one, because supporters and detractors alike assumed that President Donald Trump’s newest pick would reshape the ideological composition of the Court. With the addition of a new conservative justice, some liberals have been looking to Chief Justice John Roberts as the possible new centrist or “swing vote” on the Court. Although Justice Roberts is generally a reliably conservative voice, commentators point to a gentle leftward drift and a few key votes as examples of his moderation, such as his majority opinion upholding the Affordable Care Act.

Justice Roberts, the argument goes, might have genuine conservative priors. But he is also deeply committed to protecting the institution of the Supreme Court itself and insulating it from the charge that it has just become a third political branch of the federal government. For anyone worried about the future of abortion access, LGBT rights, affirmative action, or pushback against the executive excesses of the Trump presidency, this belief isn’t a strain. Justice Roberts seems, at worst, committed to a strategy of incremental change rather than abrupt action, such as a vote to completely overturn Roe v. Wade. More hopeful observers offer soothing reassurances that Roberts’ long-term interest in the institution of the Supreme Court will be a powerful moderating influence, both in the votes he casts and in the opinions he writes.

Even if this is true, the “institutional integrity” line of thinking works only if we assume that the most important issues appear in the highest-profile cases. A few key votes on hot-button cases might give the Roberts Court cover to move further rightward on lesser-known issues, or cases involving technical and complex issues that are not easily reduced to Twitter-friendly sound bites. We can expect the pro-business bent of the Court to continue to move further and further right. And in one key subset of cases, the Roberts Court can, with minimal attention and outcry from the general public, push the Court further right with serious consequences for decades to come.

These cases come from the rather dull-sounding area of law called civil procedure. Although these issues may seem boring, a series of carefully picked and well-timed decisions could allow the Court to significantly narrow Americans’ access to justice without ever confronting the politically charged issues that dominate the news cycle. The Court has already narrowed consumers’ and employees’ rights to bring collective actions in arbitration, to file efficient class actions in a single court for defective products, or to sue foreign manufacturers for dangerous products without traveling to a distant American or even foreign forum. More ominously, the Court has been steadily curtailing plaintiffs’ abilities to sue government officials for constitutional violations.

The Supreme Court exercises discretionary control over its docket, and it can easily pick procedural cases that seem distant from the everyday lives and concerns of most Americans—perhaps a dispute about where one can sue a railway, or the question of whether a construction company can force a court to transfer a case from one state to another. But no one should be fooled by the humdrum dispute and the dry complexities of the procedural law at issue. These cases form the backbone of our ability to vindicate important public and private rights in court, and a conservative Court could bury a sharp rightward turn in the procedural weeds.

More hopeful observers offer soothing reassurances that Roberts’ long-term interest in the institution of the Supreme Court will be a powerful moderating influence, both in the votes he casts and in the opinions he writes.

Litigants and other interested parties have good reason to believe that strategies that emphasize judicial integrity and impartiality may be persuasive. Sometimes Justice Roberts speaks directly about the importance of an apolitical judiciary, such as when he rebuked President Trump for complaining about a decision by an “Obama judge” that blocked the administration’s efforts to restrict asylum. Other decisions show his ability to use procedural tools to delay or avoid politically sensitive decisions, such as his opinion in the census citizenship question case, Department of Commerce v. New York, in which he wrote that a citizenship question itself is not unconstitutional, but that the Commerce Department had provided only pretextual reasons for its inclusion; or his decision to join with the Court’s four liberal justices in granting a stay of the enforcement of a Louisiana anti-abortion law, June Medical Services v. Gee, while the parties petitioned the Court for certiorari.

It should be no surprise, then, that some parties and other groups have begun to make explicit institutional integrity arguments to the Court. Consider the recent partisan spat between Senate Democrats and Republicans surrounding an upcoming Second Amendment case pending before the Supreme Court, New York State Rifle & Pistol Association v. City of New York, New York. The case concerns a restriction that New York City passed on transporting licensed handguns outside the home. Gun rights advocates challenged the restriction in federal court and lost in the district court and before the Second Circuit. Nevertheless, when the Supreme Court granted certiorari to hear the challenge to this case, New York City officials changed the regulation to permit the challenged activity. They then moved to dismiss the Supreme Court petition as moot.

When the perceived defining feature of a “swing vote” or “centrist judge” is a commitment to the institution and its attendant procedures, it is only a matter of time before institutional integrity itself is politicized.

Here is where things really started to get political. In mid-August, a group of Democratic U.S. senators filed an amicus brief arguing in favor of the mootness dismissal. Their brief made a direct connection between mootness—a superficially arcane and apolitical legal doctrine—and the institutional integrity of the Supreme Court. They argued that a decision to hear the case, despite the fact that the petitioners were no longer aggrieved by an existing regulation, would reveal a political bias toward an aggressively conservative interpretation of the Second Amendment. Senate Republicans recently issued a strong rebuke to this filing, accusing the Democrats of playing politics. Although the Republicans did not take a formal stance on the issue of mootness, they strongly intimated that ruling in New York City’s favor on the mootness issue would be a capitulation to the Democrats’ political interests and “capture” of the Supreme Court, claiming that the Democrats had “openly threatened the Court with political retribution.” Perhaps this is the inevitable end point of the obsession with institutional integrity. When the perceived defining feature of a “swing vote” or “centrist judge” is a commitment to the institution and its attendant procedures, it is only a matter of time before institutional integrity itself is politicized. Although it is certainly nothing new to see academics tussle over these questions, or to see these issues discussed as explanatory commentary on the Court’s cases and decisions, Justice Roberts may find that by centering the importance of an image of judicial independence, he has only encouraged the politicization of that very issue.

Predicting what Justice Roberts will do this term with respect to issues of institutional integrity is difficult. But it’s safe to say that litigants and commentators will only increase vocal and direct appeals about how each case or issue will affect the Court as an institution. In the end, this might not be a terrible outcome. If the Court is, in fact, grounding some aspects of its decision making and reasoning in concerns about institutional integrity, litigants and the public at large should have the opportunity to participate in that dialogue. It will be up to Justice Roberts to ensure that such debates are an enhancement rather than a distraction, and that the issue of institutional integrity does not take on such a life of its own that it swallows the merits’ questions whole.

The good news is, we still have a system designed for balanced discourse. Those who care about access to justice can start raising the profile of potential Supreme Court cases that would make it harder for Americans to vindicate their rights in court. Let Justice Roberts know that the integrity of the Court depends as much on access to justice as it does on maintaining political balance. Better yet, most of the doors to our court system are open and shut by Congress and rule makers, not by the Constitution. We need to stop relying on courts to save our access to justice, and turn instead to Congress, procedural rule makers, and other legislative bodies to pass legislation that keeps Americans’ abilities to vindicate their rights in state and federal court from disappearing into a morass of “mere technicalities.”

Robin Effron is professor of law and codirector of the Dennis J. Block Center for the Study of International Business Law at Brooklyn Law School. Her teaching and scholarship focus on civil procedure, litigation, and international business law, and she edits the Civil Procedure and Federal Courts blog for the Law Professor Blogs Network.

Effron’s recent article, “The Lost Story of Notice and Personal Jurisdiction,” appeared in the NYU Annual Survey of American Law.

This article has been adapted from “Hoping Justice Roberts Will Be the New ‘Centrist’? You Should Sweat the Small Stuff ,” and “The Procedural Is Political,” previously published in the New York Law Journal. 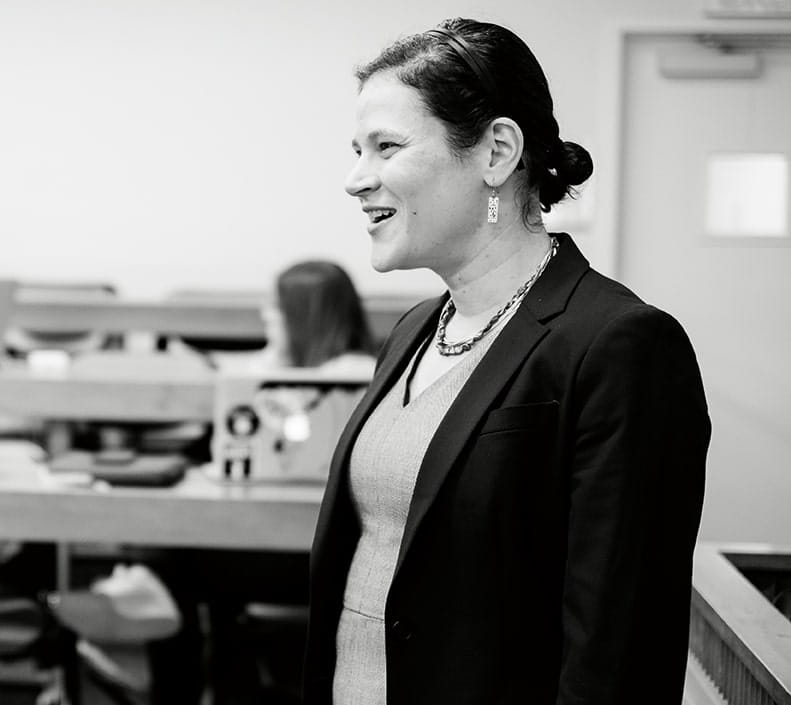