Coronavirus Response Update
All classes will be remote for the remainder of the spring semester. On-campus events canceled through May 10. School facilities at 250 Joralemon St. and 111 Livingston St. closed until further notice. Read more.
Explore
Search
Follow Us

The 2020 Commencement ceremony scheduled for Friday, May 15, has been POSTPONED.

Everything you need to prepare for the upcoming commencement.

Former U.S. Attorney for the Southern District of New York and host of the Stay Tuned with Preet podcast 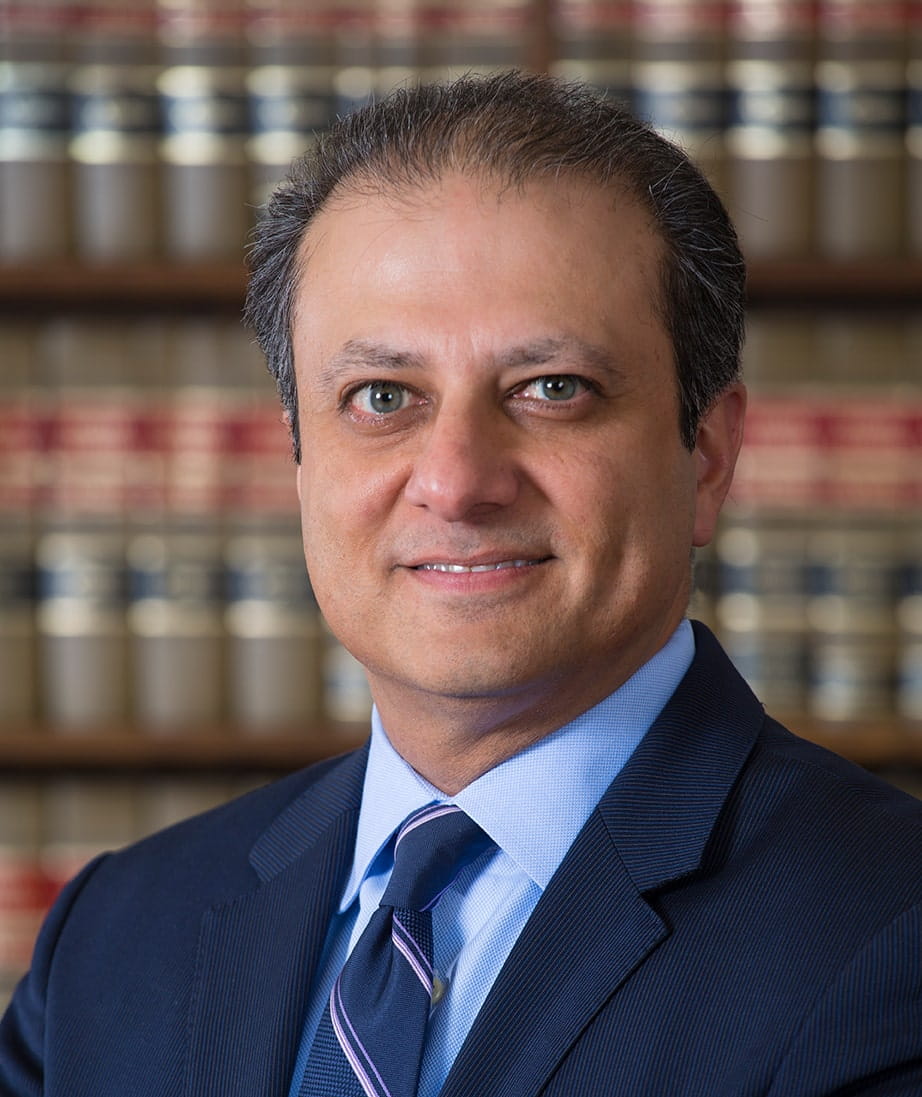 Preet Bharara, former U.S. Attorney for the Southern District of New York and host of the Stay Tuned with Preet podcast

Preet Bharara served as U.S. Attorney for the Southern District of New York from 2009 to 2017. Bharara oversaw the investigation and litigation of all criminal and civil cases and supervised an office of over 200 Assistant U.S. Attorneys, who handled cases involving terrorism, narcotics and arms trafficking, financial and healthcare fraud, cybercrime, public corruption, gang violence, organized crime, and civil rights violations. The New York Times dubbed Bharara one of “the nation’s most aggressive and outspoken prosecutors.” In 2017, Bharara joined the NYU School of Law faculty as a Distinguished Scholar in Residence. He is the Executive Vice President of Some Spider Studios and the host of CAFE’s Stay Tuned with Preet, a podcast focused on issues of justice and fairness. Bharara graduated magna cum laude from Harvard College and from Columbia Law School, where he was a member of the law review. He is the author of a top-five New York Times bestselling book, "Doing Justice: A Prosecutor's Thoughts on Crime, Punishment, and the Rule of Law."

This year's prizes, honors, and awards have not yet been announced.