Higher Education Is a Human Right

As high school seniors across the country make their college decisions, I’d like to raise awareness for higher education as a human right. Many high school graduates will be accepted at the college of their dreams, but their families will be unable to afford to send them there. Many others have had to use costs as a basis of even their decision on where to apply, not wanting to spend the application fee. Worldwide, displaced students from war-torn countries are not getting the education they need to enable them to return to their country and rebuild or to integrate themselves fully into their host country. Not only is this a crisis on a moral level, it is a crisis from a national security perspective.

Costs at many private universities are estimated to be between $50,000 and $70,000 a year. However, the median household income in the United States is only $59,039. This is a serious problem.

Without understanding education, including higher education, as a human right, we risk our country losing the very ideal it was founded on. The reason my family came to United States, as did many others like them, was that if you were smart and capable, you could make it. Your family name or circumstances did not define the outcome of your life. If we lose this ideal, not only do we lose innovators, but we lose our identity as a nation.

And, interestingly, this is a time when national security and human rights go hand in hand. We cannot risk a society in which only the wealthy can afford higher education. We need diverse viewpoints to come up with innovative solutions to countering terrorism at home and abroad. On a global level, as the war in Syria drags on, we cannot risk a “lost generation” of students who do not get the education they need. Syria will need its youth to return, educated, to their country and rebuild it so it does not become another fertile ground for radicalism to take root and grow. The Islamic State and other terror groups have figured out how to use a warped form of education to attract and brainwash recruits with social media and the internet. It will be education, not bombs, that is most likely to counter their radicalization messages.

Access to higher education is vital. Financial aid can help only a limited number of students, and loans are extremely burdensome. For a student from a disadvantaged, or even middle-class, background, an economist may say college is worth the $240,000 debt, but that number is understandingly daunting to most. So, let’s understand higher education as a human right and begin a call to action to counter the increasing cost of higher education that is leaving too many students behind. 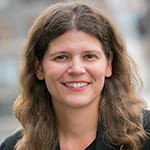 Heidi Gilchrist is an assistant professor of legal writing at Brooklyn Law School and a lecturer in law at Columbia Law School. Her scholarship focuses on national security law issues and the intersection of national security with civil rights and human rights law. She previously served in the federal government as a national security analyst and subsequently as a liaison to the FBI’s Joint Terrorism Task Force in New York City. This is adapted from her forthcoming article, “Higher Education as a Human Right,” which will appear in the Washington University Global Studies Law Review.