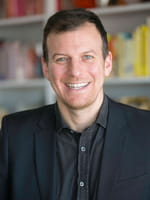 John Rudikoff ’06 has joined the Law School as CEO and managing director of the Center for Urban Business Entrepreneurship (CUBE). He is managing the center’s operations and strategy, cultivating partnerships, and leading fundraising efforts to expand opportunities for students, faculty, and alumni. Rudikoff previously served as general counsel and director of business development for the international architecture firm MASS (Model of Architecture Serving Society) Design Group.

“I’m thrilled to be back at Brooklyn Law School,” he said. “The sky’s the limit as far as the opportunities we have through CUBE.”

Founded in 2013, CUBE is an innovative legal consortium of clinics, course work, and programs that prepare the next generation of lawyers for an entrepreneurial world and to be dynamic advocates and counsel for new businesses. Recent programs have included the CUBE Innovators Competition; global opportunities for students to work with businesses, startups, and nonprofits; consultation sessions with small businesses in Brooklyn; and networking events that give students an edge in their career.

We’re focused on training our students to have a competitive advantage in the job market."

“The mission of CUBE is threefold,” Rudikoff said. “We’re focused on training our students to have a competitive advantage in the job market. We want to provide essential legal services that startups need to scale up and become sustainable. And we will continue to serve as a high-profile platform for the dissemination of scholarship and thought leadership on innovation and the law.”

Rudikoff has a decade of experience as an attorney. He served as an assistant district attorney in Kings County, Brooklyn, where he created the environmental crimes unit within the rackets division. Three years ago, he became general counsel at MASS Design Group, which provides infrastructure, buildings, and the human and physical systems necessary to promote the growth and well-being of individuals and communities around the world. Rudikoff also managed the firm’s development and marketing efforts, and he helped triple the company’s size.

“We look forward to working with John and CUBE’s supporters,” Dean Nick Allard said, “as we continue the center’s dynamic programming.” 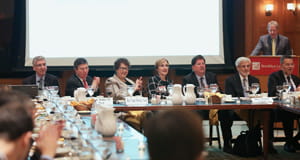 International and multilateral organizations have spearheaded efforts to modernize and harmonize the law of bankruptcy and secured credit. These projects, often sponsored by the United Nations Commission on International Trade Law (UNCITRAL), have for the most part presented as international standards rules that are generally consistent with U.S. law and practice.

Last fall, the annual Barry L. Zaretsky roundtable, cosponsored by the Center for the Study of Business Law and Regulation and the American Bankruptcy Institute, brought together experts to discuss current UNCITRAL projects, including harmonization of the law governing the obligations of officers and directors in corporate groups, as well as the enforcement of insolvency-related judgments and orders.

The Barry L. Zaretsky Roundtable Series honors the late Professor Barry L. Zaretsky, a distinguished scholar of bankruptcy and commercial law, a beloved mentor, and a dedicated classroom teacher. His work inside and outside the classroom bridged the worlds of theory and practice in these fields. The roundtable program brings together a distinguished panel of practitioners, judges and academics to discuss bankruptcy and commercial law topics. Zaretsky Fellows help draft the extensive materials that are central to the roundtable discussion.

The day after the roundtable, the Law School hosted the annual Young Bankruptcy Scholars’ Work-in-Progress Workshop, drawing promising young scholars in the areas of bankruptcy, commercial law, and consumer financial protection who presented their work before leading national bankruptcy scholars. Organized by Professor Edward Janger, the workshop was developed to offer senior scholars a meaningful opportunity to mentor junior scholars and raise the profile of bankruptcy scholarship within the academy and the profession.

Experts Discuss the Ethics of Deception and Dishonesty 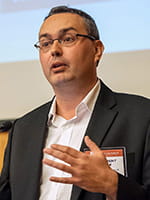 Judges are presented with dishonest statements by lawyers and witnesses alike. But not all dishonesty is created equal, either in the eyes of the law or in the way people speak. In February, the Center for Law, Language, and Cognition sponsored a roundtable—organized and led by Professor Lawrence Solan, director of the center, and Professor Adam Kolber—that explored lawyers’ experiences with the treatment of dishonest conduct in court. Discussions focused on the differences among flat-out falsity (lies), true statements that are designed to persuade someone to believe in the truth of what the speaker knows to be false (deceit), and statements intended to aggrandize the speaker without regard to the truth or falsity of the statement (BS).

In October, the Center for Law, Language, and Cognition hosted another roundtable that explored deception in earlier stages of the justice system. Other countries have long banned deceptive interrogation tactics, using instead a method of investigative interviewing known as PEACE (preparation, planning, engage, explain, account, closure, evaluate). The presentations included remarks by Saul Kassin, distinguished professor of psychology at John Jay College of Criminal Justice and an expert on false confessions; Brent Snook, professor of psychology at Memorial University of Newfoundland; Inspector Todd Barron of the Royal Newfoundland Constabulary; and Glenn Garber, founder and director of the Exoneration Institute in New York, and an adjunct faculty member at the Law School. 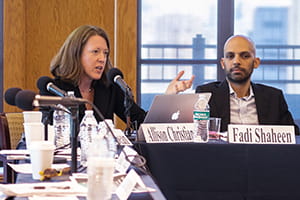 In just a few years, the foreign tax credit will celebrate its 100th birthday. That legislative action paved the way toward the modern network of reciprocal tax measures. The international tax regime grew into a tall oak from that small acorn, but recently has begun to show its age. Will today’s efforts—from BEPS to FATCA—reinvigorate the tax treaty or help us move past it?

The insights these stellar thinkers shared will help to push international tax cooperation in the right direction."

“A parade of scandals involving tax evasion has brought the focus of global leaders and the public on the inadequacy of international tax enforcement,” said Dean. “We may be at an inflection point, and the insights these stellar thinkers shared at the IBL symposium will help to push international tax cooperation in the right direction.” 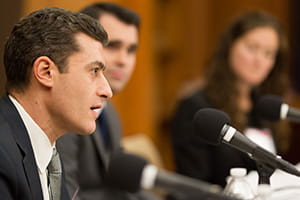 In November, at the annual symposium sponsored by the Trade Secrets Institute (TSI) and organized by Professor Christopher Beauchamp, experts from government, academia, and private practice discussed how companies can defend themselves against cybercrime attacks and how to prosecute those responsible.

“State-sponsored cybercrime predominantly comes from China, Russia, and Iran,” said Berglas. “These countries are generally looking to gain economic, political, or social advantage over the United States by stealing anything and everything in the IP space. And just like criminal groups involved with corporate espionage or insider threats, nation states use the path of least resistance. Something like 80 percent of successful cybercrime attacks are due to human error.

In the second panel, “Representing and Protecting the Targets of Cybercrime,” Berglas was joined by Joseph V. DeMarco, partner, DeVore & DeMarco; and Alexander Southwell, partner, Gibson Dunn & Crutcher, to examine the industries that are most vulnerable to damaging cybercrime incidents. The panelists also addressed precautionary steps that companies can take to protect their intellectual property and confidential information, as well as the challenges of recovery after a cyberhack.