Professor David Reiss on the Future of Homeownership

With homeownership significantly on the decline since the 2008 recession, what role should the federal government play in the housing market?

Two movie scenes can bookend the last hundred years of housing finance. In Frank Capra’s It’s a Wonderful Life (1946), George Bailey speaks to panicked depositors who are demanding their money back from Bailey Bros. Building and Loan. This tiny thrift in the little town of Bedford Falls had closed its doors after it had to repay a large loan and temporarily ran out of money to return to its depositors. George tells them:

You’re thinking of this place all wrong. As if I had the money back in a safe. The money’s not here. Your money’s in Joe’s house…right next to yours. And in the Kennedy house, and Mrs. Macklin’s house, and a hundred others. Why, you’re lending them the money to build, and then, they’re going to pay it back to you as best they can.

Local lenders lent locally, and local conditions caused local problems. And in the early 20th century, that was largely how Americans bought homes.

In Adam McKay’s movie The Big Short (2015), the character Jared Vennett is based on Greg Lippmann, a former Deutsche Bank trader who made well over a billion dollars for his employer betting against subprime mortgages before the market collapse. Vennett demonstrates with a set of stacked wooden blocks how the modern housing finance market has been built on a shaky foundation:

This is a basic mortgage bond. The original ones were simple, thousands of AAA mortgages bundled together and sold with a guarantee from the U.S. government. But the modern-day ones are private and are made up of layers of tranches, with the AAA highest-rated getting paid first and the lowest, B-rated getting paid last and taking on defaults first.

Obviously if you’re buying B-levels you can get paid more. Hey, they’re risky, so sometimes they fail...

Somewhere along the line these B and BB level tranches went from risky to dog shit. I’m talking rock-bottom FICO scores, no income verification, adjustable rates...Dog shit. Default rates are already up from 1 to 4 percent. If they rise to 8 percent—and they will—a lot of these BBBs are going to zero.

After the whole set of blocks comes crashing down, someone watching Vennett’s presentation asks, “What’s that?” He responds, “That is America’s housing market.” Global lenders lent globally, and global conditions caused global and local problems. And in the early 21st century, that was largely how Americans bought homes.

Heart of the American Dream

So how did we get from the housing finance system in It’s a Wonderful Life to the one in The Big Short? And what are the consequences of that journey? The system was not perfect when mortgages came from lenders like Bailey Bros. Building and Loan, nor is today’s version where borrowers access the global capital markets. Identifying the strengths and weaknesses of each phase of the housing finance system will enable us to design a stronger system for the rest of the 21st century.

Although the 2008 financial crisis splashed residential housing finance across the front pages and home pages day after day, many people still find the topic pretty murky. Yet it is important in the lives of most of us, since 63 percent of Americans owned their home in 2017. This was down from an all-time high of 69 percent just prior to the 2008 crash. In addition, for most people, homeownership carries strong emotional connotations, forming the heart of the American Dream. If we are fortunate, our home is the place where we feel safest, the place we share with our loved ones, the place we raise our children.

Over the last decade, however, the drop in homeownership rates has meant that about 2 million fewer households own the place they live in. A lot of people may not get the same warm feeling about their rented or shared home that they would have gotten from owning their home.

Many people burned by underwater mortgages, defaults, and foreclosures have seen their version of the American Dream betrayed. Entire communities—especially African American communities—have seen their home equity evaporate in the face of falling housing prices and other big shocks to the local economy. These shocks were sometimes compounded by mortgages with predatory terms, which had become all too common starting in the late 1990s. As a result of these broad shocks and personal experiences, many people just don’t trust that they will get a fair shake as homeowners.

That may be bad for people individually as well as for the economy as a whole, because residential real estate is big money—both for individual households and for the overall economy. Homes are generally the single biggest investment that families make and are potential engines of wealth creation. And all of these individual investments combine to create a residential real estate market worth roughly $26 trillion. By way of comparison, the market capitalization of domestic companies listed on U.S. stock exchanges is only a bit higher, at $30 trillion or so. The run-up to the financial crisis saw the wealth-creation engine go full throttle, as home equity increased by more than $7 trillion between 2004 and 2006. But from 2007 through 2011, residential real estate lost more than $6 trillion in value, devastating countless homeowners and driving many investors to ruin.

So there is no question that housing finance has a tremendous effect on America as well as on Americans. But how should the postcrisis discussion of the topic be framed? Is the subprime crisis/foreclosure crisis a story about a free market run wild or a story about out-of-control government regulation? On the surface, the massive residential real estate sector has some of the characteristics of a free market. Innumerable buyers and sellers negotiate, agree on prices, and close millions of transactions each year. But undergirding that market are a whole host of government interventions in every aspect of the transaction. The federal government exerts an extraordinary amount of control in the housing finance market in particular, most notably by subsidizing a shockingly large proportion of mortgages. About 60 percent of the roughly $10 trillion in outstanding residential mortgage debt is backed by federally related entities.

This government-dominated housing finance system grew up piecemeal from the earliest days of President Franklin Roosevelt’s administration. The New Deal included a variety of interventions such as the creation of the Federal National Mortgage Association (Fannie Mae) and the Federal Housing Administration. These interventions were made to address the catastrophic failure of the housing and housing finance markets that were part and parcel of the Great Depression. In the eightplus decades since then, the federal government has repeatedly intervened in the housing finance market to achieve a range of additional goals, but policymakers have rarely stopped to thoroughly consider when it makes sense for the government to intervene and when it makes sense to let markets operate on their own. The 2008 financial crisis provides an opportunity to design a housing finance system that lets the free market concentrate on its strength (pricing risk) and permits the government to focus on regulating and subsidizing aspects of that market to achieve various consumer protection, redistributive, and safety and soundness goals.

A framework for a discussion of the future of American housing finance policy should consider the three main housing policy principles that have informed federal housing policy: allowing all Americans to live in a safe, well-maintained, and affordable housing unit; providing a specialized form of income redistribution that ensures that the income transferred is consumed in increased housing; and incentivizing Americans to take on the key attributes of the Jeffersonian yeoman farmer: economic self-sufficiency as well as a jealous regard for one’s liberty. A policy guided by the first principle would emphasize housing for very low income households that would not be able to pay market rates for safe, well-maintained, and affordable housing. A policy guided by the second principle would likely contemplate some kind of progressive housing subsidy for a broader range of lowand moderate-income households. And a policy guided by the third principle would seek to maximize the homeownership rate for the nation as a whole.

We can reinvent the housing finance system to meet the needs of 21st-century Americans by focusing on these housing policy principles and goals—regardless of whether they were met in the past. Having identified these legitimate principles of housing policy, we can then evaluate housing programs to see whether they achieve goals consistent with some or all of those principles or whether they work at cross-purposes. This process should help to clarify debates surrounding American housing policy and set the stage for the development of future policies that will prevent the stack of wooden blocks from again crashing down. If we succeed, most Americans will have a good feeling about their home and will not notice the massive regulatory infrastructure that makes it all possible. If we fail, our children and grandchildren may have difficulty enjoying the financial and emotional benefits of homeownership, finding themselves living in the wretched Pottersville that seems to replace Bedford Falls when George Bailey gives up hope in himself and his community.

This article was adapted from PAYING FOR THE AMERICAN DREAM: HOW TO REFORM THE MARKET FOR MORTGAGES (Oxford University Press, forthcoming 2019). 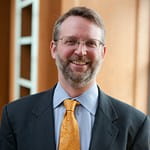 David Reiss is professor of law at Brooklyn Law School and research director at the Center for Urban Business Entrepreneurship. His scholarship and teaching focus on real estate finance and community development, and he is the founding director of the Community Development Clinic. In 2017, he was named a fellow of the American College of Real Estate Lawyers as well as a fellow of the American Bar Foundation. Reiss is frequently quoted on legal developments in the real estate finance sector. His comments have appeared in the New York Times and the Wall Street Journal, among other major news outlets. Reporters and practitioners also rely on Reiss’s popular REFinBlog, which offers a roundup of developments in the law and practices related to the real estate finance industry. Reiss is a graduate of New York University School of Law and served as a clerk for Judge Timothy Lewis of the U.S. Court of Appeals for the Third Circuit. He also was an associate in the New York office of Paul, Weiss, Rifkind, Wharton & Garrison in its real estate department and an associate in the San Francisco office of Morrison & Foerster in its land use and environmental law group.