The fight for civil rights and free speech in the U.S. is far from over

One thing Donald Trump should have learned during his first months in office is that nobody is above the Constitution, not even the president. When Trump issued the Executive Order on immigration, known as the “travel ban,” attempting to block travel to the U.S. from several predominantly Muslim Middle East countries, multiple federal courts enjoined two different iterations of this law as unconstitutional. The Supreme Court allowed part of the ban to proceed, except as to immigrants with “bona fide relationships” in the U.S., and when the administration interpreted that exception as not covering grandparents, the courts rejected that limiting definition.

Trump is, of course, not the first to test the boundaries of executive power by laying out dragnets—overbroad policies sweeping in massive numbers of innocent people in the name of national security. After World War I, the so-called Palmer Raids led to the imprisonment and deportation of thousands of European immigrants, including Italians stereotyped as anarchists and Russians suspected of communist sympathies. The Washington Post editorialized that there was no time to waste on “constitutional hairsplitting” during the quest for security. In 1942, Franklin Roosevelt signed an Executive Order authorizing evacuation of all Japanese Americans—mostly United States citizens—on the West Coast. The theory was that some might secretly have been loyal to Japan and might assist an invasion of the United States. More than 40 years later, a federal court found that the government had greatly exaggerated its purported evidence about the nature and level of the threat; President Reagan and Congress issued an apology. Then came the xenophobia of the McCarthy era, when people were blacklisted because of their alleged association with communist ideas.

After Sept. 11, 2001, the Bush Administration deployed new dragnets expanding both detention and surveillance of Muslims. In one case handled by the ACLU, former University of Idaho student Abdullah al-Kidd was arrested under a material witness warrant, a ploy for arresting people the government did not have sufficient evidence to link with terrorism. Al-Kidd, a recent convert to Islam, had volunteered to help the FBI to understand the religion. Instead, he was arrested, ostensibly because his testimony was essential in the trial of another Idaho student, Sami Omar al-Hussayen, who was accused of supporting terrorism. Al-Kidd was never called to testify; al-Hussayen was acquitted by an Idaho jury. Years later, the ACLU won a settlement against the FBI agents who, in their zeal to detain al-Kidd, had filed incorrect and misleading allegations about him in their affidavit.

In all these instances, the government argued that it was necessary to take extreme action or change the law to meet national security threats. But the verdict of history—and often of courts—was that the government was overreacting, and overly willing to risk ruining the lives of innocent people because of their religious, ethnic, or political associations or beliefs.

In 1921, the ACLU published a pamphlet called “The Fight for Free Speech.” The organization went on to represent, among many others, John Thomas Scopes, who was prosecuted by Tennessee for teaching the theories of Charles Darwin. Although it never heard the Scopes case, by the mid-20th century the Supreme Court agreed that the First Amendment protects even unpopular or dissenting speech.

Yet today, we continue to face serious threats to free speech. Fifteen state legislatures are currently considering adopting legislation to discourage acts of protest by providing harsh criminal penalties. This is not only unconstitutional, but a threat to democracy.

As ACLU founder Roger Baldwin said, no civil liberties battle—including the battle to establish that dissent is patriotic—ever remains won. 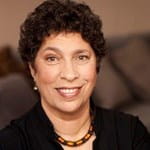 Susan Herman, Centennial Professor of Law, is President of the American Civil Liberties Union. At the Law School, she teaches courses in Constitutional Law and Criminal Procedure, and seminars on Law and Literature, and Terrorism and Civil Liberties. She is a nationally recognized expert and prolific author in constitutional law and criminal procedure. She is the author of the award-winning book Taking Liberties: The War on Terror and the Erosion of American Democracy.

This essay has been adapted from Herman’s Kessel Memorial Lecture at Minnesota State University in March.