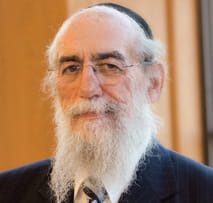 Aaron Twerski is a preeminent authority in the areas of products liability and tort law. The American Bar Association's Tort Trial & Insurance Practice Section has honored him with the Robert B. McKay Law Professor Award, which recognizes law professors who are committed to the advancement of justice, scholarship and the legal profession in the fields of tort and insurance law. In 2015, Professor Twerski received the prestigious William L. Prosser Award from the American Association of Law School’s Torts and Compensation System Section. This award is given to torts professors who have made an outstanding contribution to the law of torts during their career. He was co-reporter for the American Law Institute's Restatement of the Law (Third) Torts: Products Liability, and for his distinguished performance, the ALI named him the R. Ammi Cutter Reporter.
He is a prolific scholar, having published dozens of law review articles on torts and products liability law. He is also the author of the leading textbook Products Liability: Problems and Process. His expertise has been widely called upon by state and federal legislative bodies considering product liability and mass tort legislation, and he is a frequent lecturer to the practicing bar. He serves as special counsel to the law firm of Herzfeld and Rubin, and he was appointed as a special master in the federal 9/11 cases dealing with the injuries claimed by those involved in the clean-up of the World Trade Center site.
Professor Twerski joined the faculty in 1986, after serving as interim dean at Hofstra University School of Law, where he taught for many years. He also taught at Duquesne University School of Law and was a visiting professor at Cornell, Boston University, and the University of Michigan law schools. More recently he served as dean of the Hofstra Law School before returning to teach at Brooklyn Law School in 2007. His background also includes a teaching fellowship at Harvard Law School, and work as a trial attorney with the U.S. Department of Justice in its Civil Rights Division.
Publications