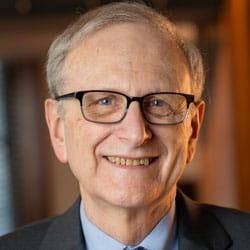 Neil B. Cohen, the Jeffrey D. Forchelli Professor of Law at Brooklyn Law School, teaches courses in domestic and international commercial law, contracts, and conflict of laws. For over two decades, Professor Cohen has been a key participant in major domestic and international law reform projects with respect to commercial transactions.  In recognition of his accomplishments, in 2014 Professor Cohen received both the American Law Institute’s John Minor Wisdom Award and the Homer Kripke Lifetime Achievement Award of the American College of Commercial Finance Lawyers.  He was the Reporter for Revised Article 1 of the Uniform Commercial Code and for the American Law Institute's Restatement of the Law of Suretyship and Guaranty; in honor of his accomplishments as Reporter for the Restatement, he was named as the Institute’s R. Ammi Cutter Reporter. Professor Cohen currently serves as the Director of Research of the Permanent Editorial Board for the Uniform Commercial Code.  In addition, he has been a member of several drafting committees for revising various articles of the Uniform Commercial Code, including the two most recent revisions of Article 9 (Secured Transactions), and has served as an adviser for several projects of the American Law Institute, including Principles of Software Contracts and the Restatement of the Law of Conflict of Laws.

Professor Cohen is a co-author of Farnsworth, Sanger, Cohen, Brooks and Garvin, Contracts:  Cases and Materials as well as dozens of other books and articles concerning domestic and international commercial law.  In addition to his expertise in contract and commercial law, Professor Cohen has written numerous law review articles in areas as diverse as bankruptcy, medical malpractice, probability and statistics, and baseball and the law.

Professor Cohen received an S.B. from the Massachusetts Institute of Technology and a J.D. from New York University School of Law, where he was a Root-Tilden Scholar.