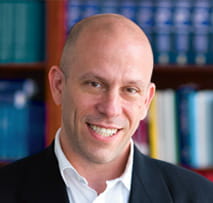 Professor Askin is the Founder/Director of the Brooklyn Law Incubator & Policy Clinic (BLIP) and the Innovation Catalyst for the Center for Urban Business Entrepreneurship (CUBE). He founded the BLIP Clinic when he joined Brooklyn Law School in 2008, bringing more than a decade of experience in the communications industry from both the public and private sectors. He has provided legal and policy counsel and strategic advice for companies that build and develop communications networks and Internet applications, as well as for other technology-oriented enterprises and startups.

Professor Askin is also Visiting Professor at the Centre for Commercial Law Studies, Queen Mary University of London; a Fellow at the Columbia Institute for Tele-Information; Adjunct Professor at Columbia Law School; and Founder and Advisor to iLINC, a network of legal support clinics for the European startup community.

A sought-after expert in the field of Internet law, he played a key role in the tech task force of President Barack Obama’s 2008 election campaign. He has also served as president and general counsel for the Association for Local Telecommunications Services and was a senior attorney at the Federal Communications Commission. He is actively involved in developing Brooklyn as the 21st century “Silicon Alley,” recognizing the borough as a burgeoning hub for innovative start-ups, and is affiliated with the Dennis J. Block Center for the Study of International Business Law.

He has served as a board member to many industry groups, including the Universal Service Administrative Company, the North American Numbering Counsel, and the New York Chapter of the Internet Society, and has served as Chair of the Voice on the Net Coalition, as executive director of the Video on the Net Alliance, as president and founder of the Global IP Alliance, and as inaugural Chair of the CyberSpace Committee of the Federal Communications Bar Association. He is a frequent commenter in the media about Internet, communications, and technology-related issues.

At Rutgers Law School he was Notes and Comments Editor for the Rutgers Law Review. After law school, he clerked for Chief Justice Robert N. Wilentz of the New Jersey Supreme Court and practiced as an associate at Davis Polk & Wardwell and as a Deputy Public Advocate for the State of New Jersey.

Professor Askin was also a Visiting Professor at the MIT Media Lab and a Fulbright Scholar at the University of Amsterdam’s Institute for Information Law.